At Queenplay, we are all about turning our players into queens and what better way to do that than by offering a huge selection of slots with royal themes. Here you can discover some of the top slots to feature queens as deserving as yourselves. 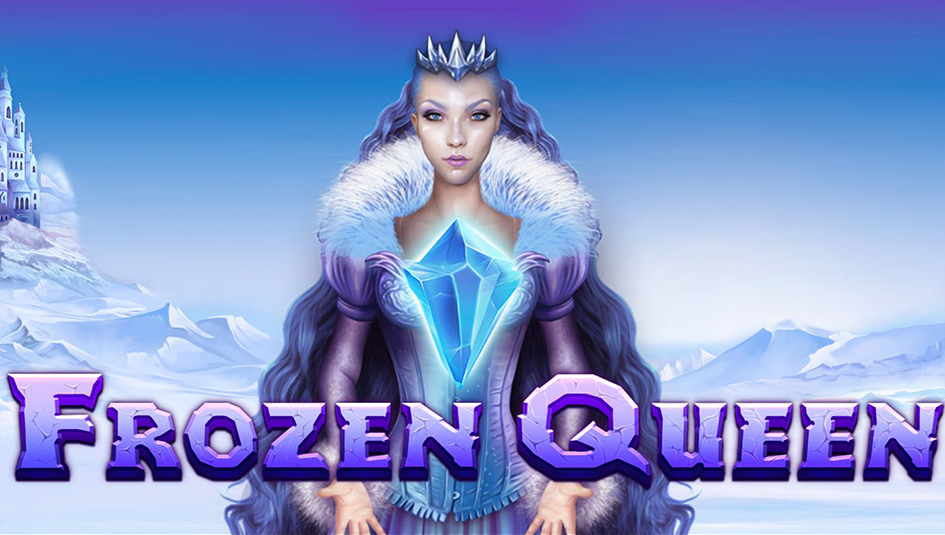 Frozen Queen is a magical slot set amongst the ice of the far north. The game introduces you to the Queen who will use her magical powers to help you along the way to huge winnings.

It is a 4-reel slot with 81 ways to win and on the reels you will find creatures such as polar bears, white wolves and snowy owls. Keep your eye out for the queen’s magic crystals. When two land on the reels you will win 10 free spins during which the Frozen Queen becomes a sticky wild in the middle of the reels. Better yet, the game expands to have 5-reels and 243 ways to win. While this is a relatively simple slot, it offers payouts of up to 32 times your total bet, and with such beautiful scenery in the background, you are sure to find it captivating. 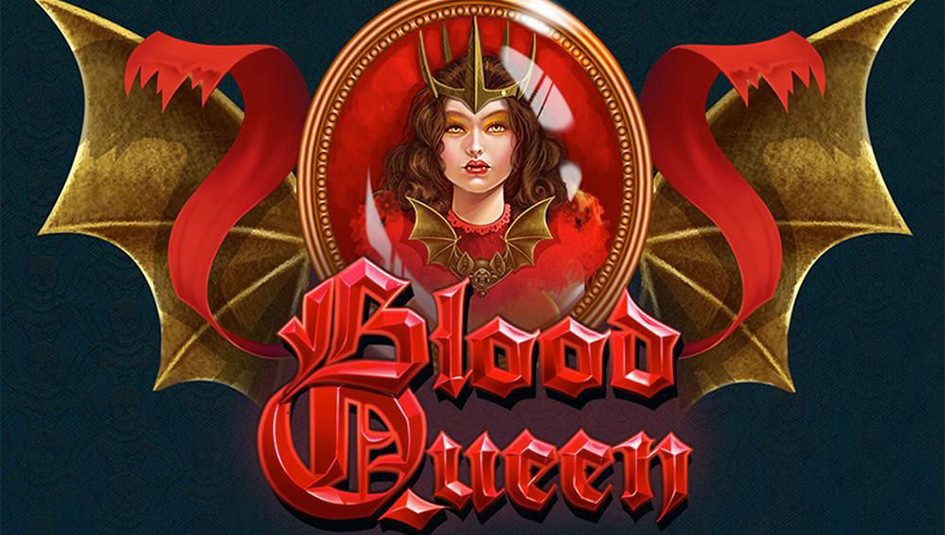 If you enjoy the vampire genre, then Blood Queen is the slot for you. It pits the Blood Queen against Van Hell, while giving you the chance to win big.

The game features 5 reels and 30 fixed paylines while on the reels you will find symbols including the queen herself, red crystals, wooden stakes and gargoyles. The heart symbol is the key to the slot’s main feature. It can award you with up to 50 free spins and you are given the choice of two modes, Van Hell Holy Water or Blood Queen Potion. In the first of these, any holy water wild symbols that land will expand one position on each of the four subsequent spins. In the second, if the blood potion appears at the top of the middle three reels it will expand to cover the whole reel. With each subsequent spin, the wild will move one place to the left until it falls off the edge. With a jackpot of 1000x up for grabs, the slot is sure to get your blood flowing. 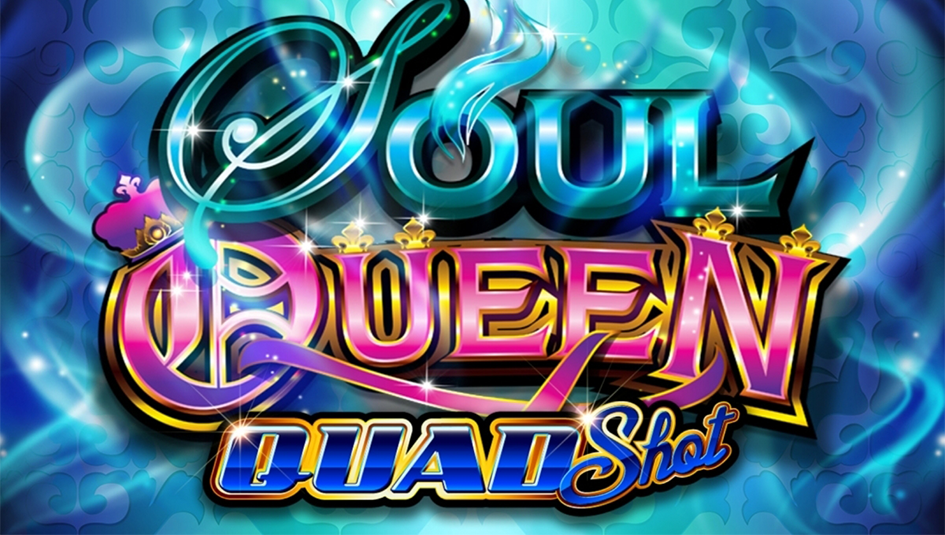 Despite its name, this game is not about 1970s disco; rather it is all about expensive jewellery, free spins, and jackpots.

It is a 5-reel slot with 30 fixed paylines. There are four jackpot prizes displayed above the reels and a special sixth reel on the right-hand side.  The standard symbols include jewels, roses, and vases, while the Soul Queen herself is wild. There are two bonus features to help you win. The free spins round features special Soul positions that can transform into matching symbols to help and award bigger payouts, as well as increasing payout multipliers. The four jackpot prizes can be won by landing the correct combination across the reels, and they are worth up to 10,000 times your bet! 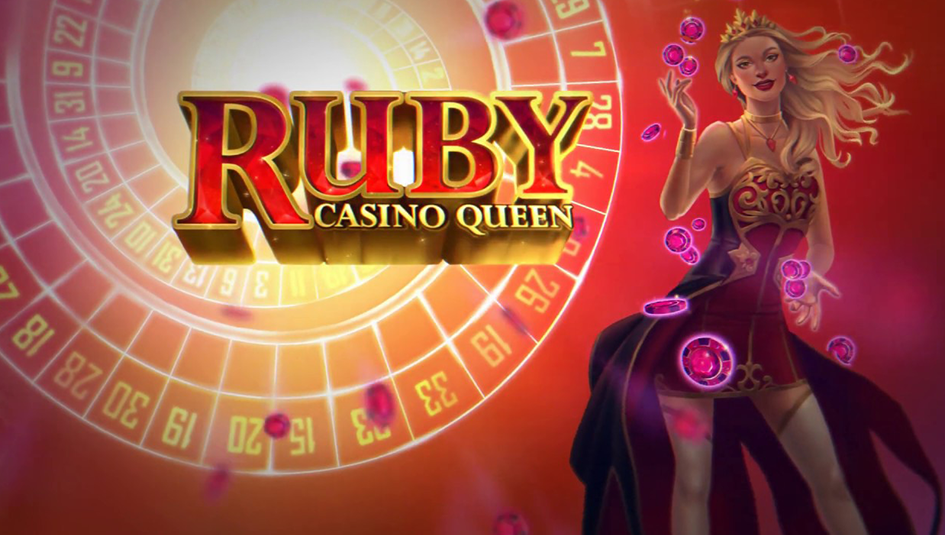 This slot introduces you to Ruby, a woman who can inspire you to rule over the casino while you pursue the biggest wins.

It is a 5-reel slot with 20 fixed paylines and the reels feature symbols such as diamonds, golden sevens, and crystallised playing cards. The wild symbol is three positions high, which can go a long way to helping you land the biggest wins. However, the free spins are where the excitement really happens. You start with nine free spins that feature a sticky x2 multiplier wild. More of these wilds can land during the spins and each one that lands increases the payout multiplier by x1. Land a multiplier wild on all five reels and you will receive three extra spins. The potential winnings are huge as even without the multipliers there is a top payout of 20 times the bet. 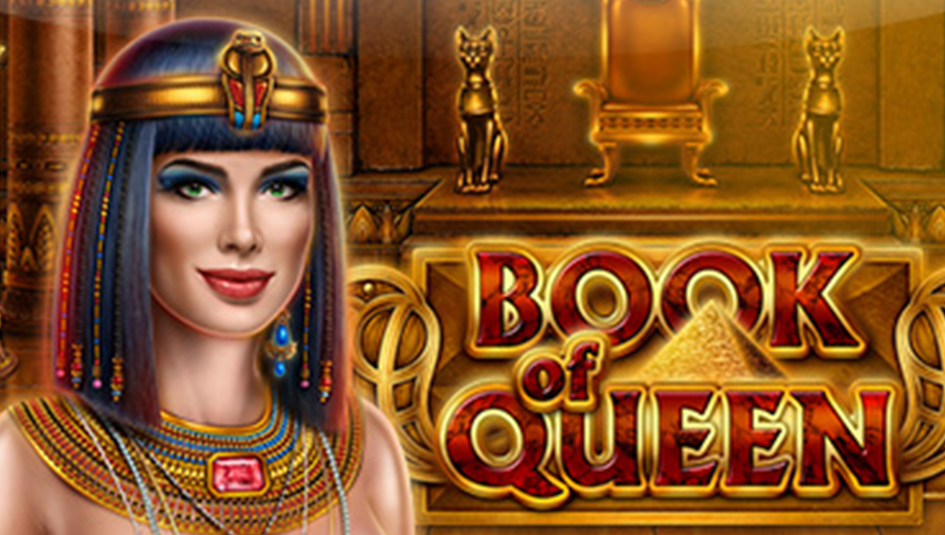 The pharaohs of ancient Egypt, many of whom were queens, had great riches and this exciting slot gives you the chance to claim a share of them.

It is a 5-reel slot with up to 10 paylines and the entire game is lavishly decorated in gold. The symbols include the Egyptian queen, as well as gold statues representing various different gods. Landing three book symbols rewards you with 10 bonus spins. At the start of the spins, a symbol is chosen at random to become an expanding symbol. During the spins, that symbol will then payout as long as enough land on a payline, regardless of where they are on the payline. If that wasn’t enough to excite you, then the slot’s top payout of 5000x for landing five queen symbols is sure to do the trick. 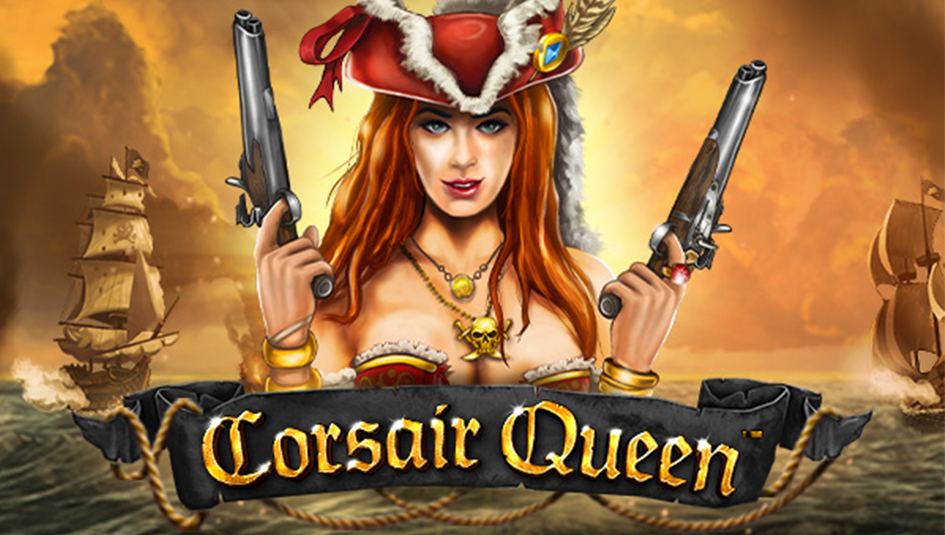 A corsair is a fast ship that was used by pirates and this slot sees you become captain of the ship and ruler of the high seas.

It is a 5-reel slot with 20-paylines with the action taking place against a view of ships at sea. On the reels are symbols such as the ship, a treasure map, a compass, and a message in the bottle, while the pirate queen is the wild and she can land stacked on the middle three reels. When the queen covers an entire reel, you are rewarded with 5 free spins. During the free spins, the reels expand to become five positions high and the number of paylines increases to 40. Better yet, each wild that lands in view will award an extra spin and remain in place for the duration of the spins. The slot even offers a gamble feature that gives you the chance to increase your winnings massively, and there is a top payout of 20 times the total bet. 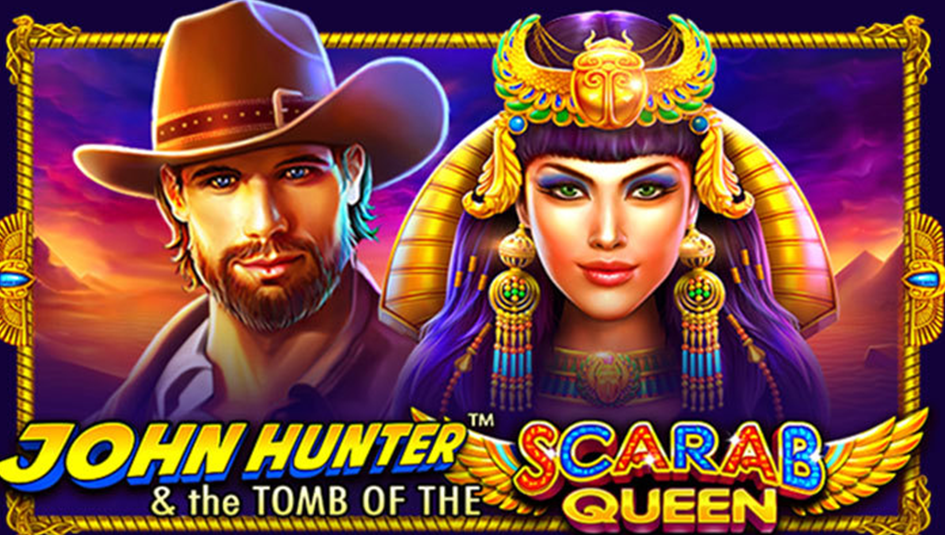 This slot sees you join the explorer John Hunter as he heads to the Egyptian pyramids where the Scarab Queen’s riches are waiting to be found.

The 5-reel slot with 25 paylines is set in the Egyptian desert at night and features symbols such as the explorer and Egyptian gods. The Scarab Queen herself is wild while the scatter symbol is a pyramid. The game is packed with bonuses including a free spins round that gives you the chance to win a huge bonus pot of money. There is also a base game feature that could see you land bonus payouts on every spin when the right combination of symbols land. If that wasn’t enough, there is a top standard payout of 800x up for grabs. 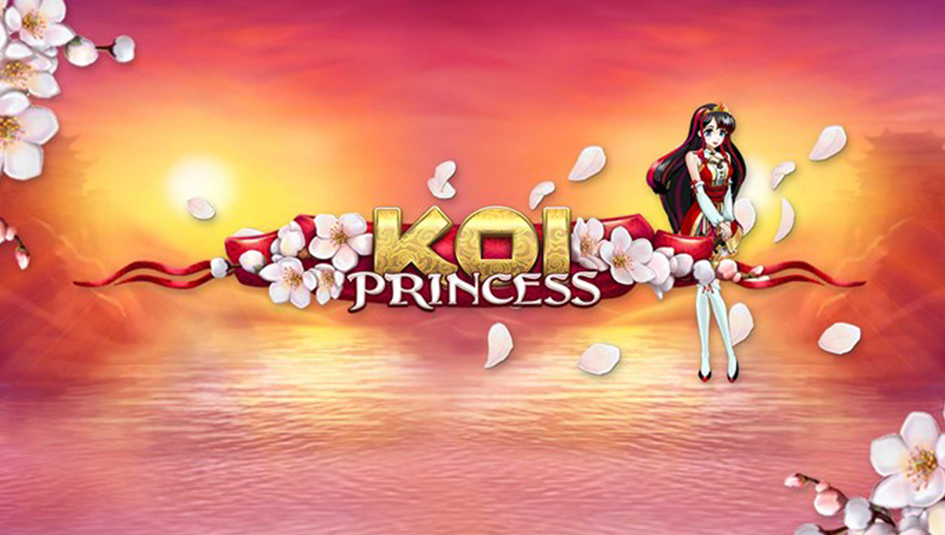 Sometimes we have to wait awhile to become Queen, but in the meantime, the princess in this slot is happy to help you land big wins.

It is a 5-reel slot with 20 fixed paylines with the reels set against some stunning oriental scenery. The symbols include the princess, dragons, turtles and Chinese dollars, and there is also a special wild symbol that offers the top standard payout of 800x. If you activate the slot’s bonus bet, then it will increase the chances of triggering the main bonus, increase the potential payouts, and give the RTP a boost. There are random base game bonuses that can award guaranteed wins, add wilds to the reels, and more. In the main bonus, you spin a fortune wheel to trigger one of four features, which could see you land even bigger payouts. 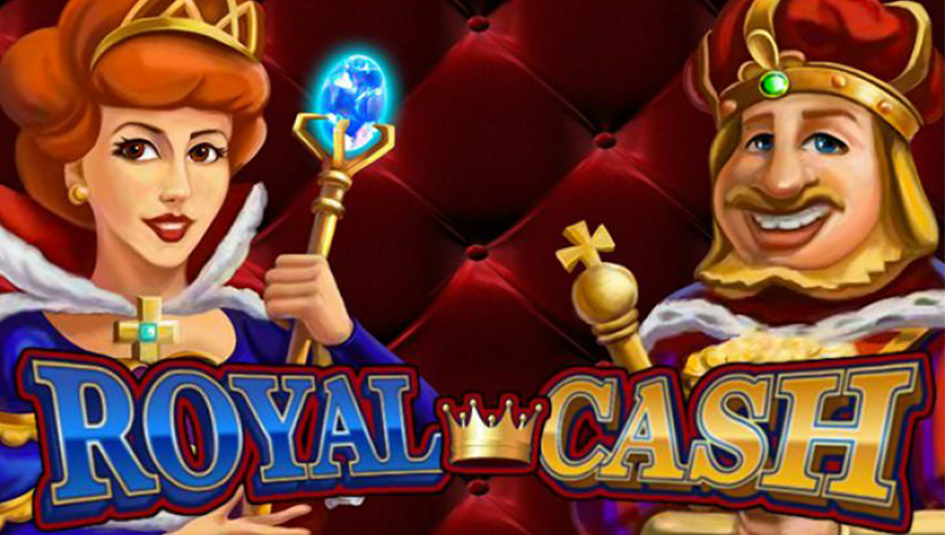 If you have always wanted to get your hands on the crown jewels, then spin the reels of this slot for your chance to do so.

It is a 5-reel slot with 50 fixed paylines and on the reels, you can see the king and queen, treasure chests full of jewellery, sacks of gold, and other royal riches. The slot’s wild symbol can land with multipliers of x2, x3, x5 or x10 attached, and this will help you towards the biggest wins. You could win even more in the free spins. It is possible to win up to 100 of them, and they too may come with huge payout multipliers. If that wasn’t enough, the king offers enormous payouts of up to 20,000x!

The Asp of Cleopatra – Join the Queen of Egypt 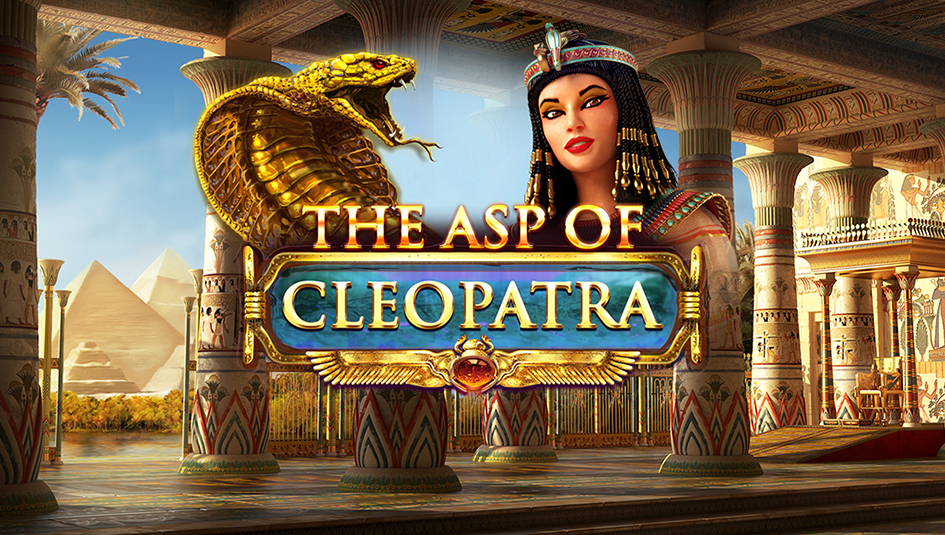 Cleopatra was the final ruler of Egypt and this slot introduces you to her and her snake, which famously killed her.

It is a 5-reel slot with 25 fixed paylines and the reels are set inside Cleopatra’s extravagantly decorated palace. The symbols include the asp, golden ankhs, and statues of various Egyptian gods, while Cleopatra herself is the wild symbol. The game is packed with features including cascading reels, a free spins game that can be retriggered up to 1000 times, and a bonus game that can award huge payout multipliers of up to 50 times your bet, which could translate into enormous winnings on every spin. Women’s Casino Fashion – What to Wear on the Casino Floor